Let me preface this by saying if you hated the Prequels or Sequels I don't care and I don't want to hear from you about it. Kindly scroll on past. If your comments are anti-prequel or anti-sequel, I WILL delete your comments without responding. They won't even be approved to show up on the blog. Now, that being said...

I will NEVER forget how excited I was when the fanfare kicked up on December 18, 2015, at around 7:30 PM as I sat in the theater with my good friend Erika after a 24-hour marathon of all 6 prior Star Wars films, and that title: "EPISODE VII: THE FORCE AWAKENS" scrolled up the screen.

I'm not exaggerating when I say that moment was one of the greatest, most exciting times in my life. Now, my wedding day notwithstanding (which naturally stands head and shoulders above all others) the only other time I felt anything matching that level of anticipation was when the lights went down for The Rise of Skywalker. But we'll get to that in a moment.

Star Wars in the 80s

I grew up on Star Wars. My earliest memory was seeing A New Hope in the theater in May of 1977 at the age of 2 (going on 3). That was back when it was still just called Star Wars. The A New Hope title didn't appear in the opening crawl until its re-release just before Empire. I had action figures. I met Darth Vader at Kaufmann's before Empire Strikes Back came out. That excitement and love for Star Wars never waned.

I was not a huge fan of the Expanded Universe. I tried to read the Zahn novels and felt that he utterly failed to capture the voices of the heroes I watched on screen all those years. I thought the idea of clones marked by an extra "u" in their names was dumb. I disliked anti-Force lizards intensely. I also disliked the later addition of the Yuzhaan Vong--creatures entirely based in biotechnology that were somehow immune to the very energy created by all living things simply didn't work in my brain.

But it was all the Star Wars we had for many years, and it gave us things like the Han Solo trilogy, the Lando Calrissian trilogy, and a few other real gems over the years. To be fair, I have been overly critical of the EU over the years, and even in the Zahn novels there were some great moments. They gave us Mara Jade, after all.

Again, it was all the Star Wars we had for many years, and it's not surprising people latched onto it and the story it told. I've said I hate the EU before, but I don't. It just to me didn't deliver the continuation I'd hoped for. It did, however, give us the Star Wars fix we needed while Lucas insisted the movies were over. I prefer the new canon, but there were some GEMS in the EU--particularly the Dark Horse Star Wars Legacy comics, which I dearly loved. 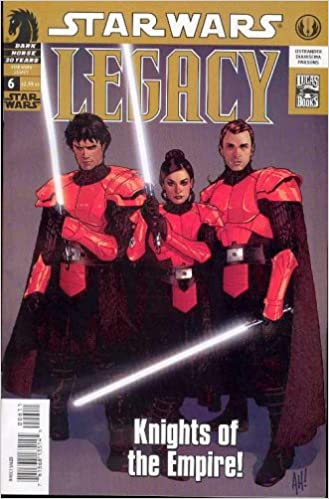 The Prequels and Special Editions

When The Phantom Menace came out I stood in a line that wrapped around the theater for 6 hours to get tickets for myself, my then-girlfriend Val, and my folks to see it that night at the 10:00 late show. We loved it. It was a whole new era of Star Wars and showed us the Jedi at the height of their power. It had the same sense of wonder and joy that the original did, and unlike the haters, I didn't accuse it of "ruining my childhood," but only saw it as an expansion of that joy.

I saw the Special Editions in the theater and had a special tub of popcorn that you could get refilled at the theater as long as any Star Wars film was playing there--I never did test whether it would work many years later, but it worked for all three Special Editions. I Liked the changes made for the the most part. Once again, it didn't "ruin" my childhood. It was STAR WARS. IN THE THEATER. AGAIN. 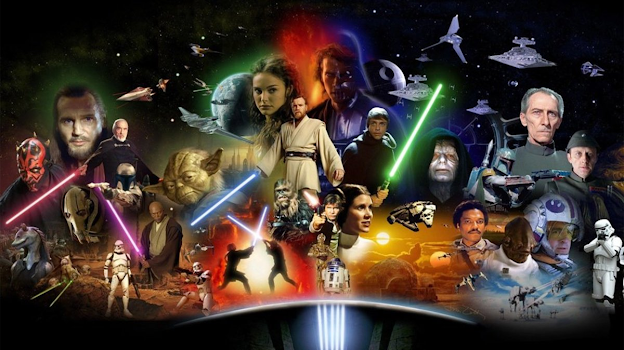 Flash forward 10 more years. We all got the announcement we thought we'd never hear: Lucasfilm had been sold to Disney, but more importantly, A NEW TRILOGY WAS IN THE WORKS.

That movie...Han Solo and Princess Leia back again. A badass new enemy in Kylo Ren who was UTTERLY consumed by the fear and rage of the Dark Side, who carried the Skywalker Legacy with him like his grandfather. An exciting and intriguing new trio of heroes in the form of Rey, Finn, and Poe, who were every bit as dynamic and engaging as the prior generation. I was THERE. I was completely lost once more in a galaxy far, far away.

I felt that excitement when I saw The Last Jedi, and when I saw The Rise of Skywalker I legitiimately cried in the theater. Several times. It was a picture perfect ending to the saga I'd followed since I was 2 years old. The ending I had waited for, for over 42 years. 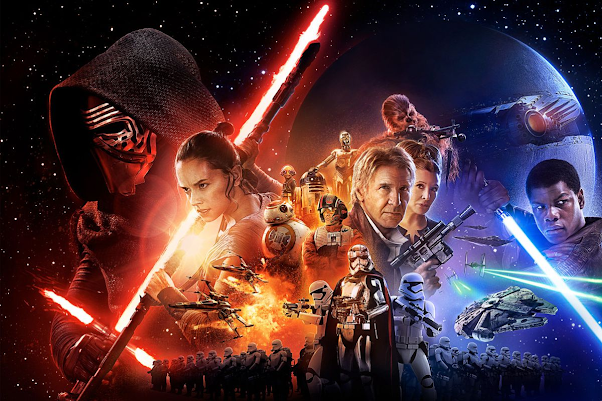 The Future of Star Wars

I love The Mandalorian. I have greatly enjoyed Clone Wars (especially the final season) and Rebels. Ahsoka Tano is possibly my favorite character in the Star Wars universe. I'm looking forward to the Obi-Wan series and Book of Boba Fett. I liked Rogue One (though it's my least favorite) and loved Solo. But none of them hit me like the nine films of the Skywalker Saga. When I watch those six films, even today, I STILL get a little bit of that anticipation in my chest, even though I've seen them all dozens, even of hundreds of times.

As a side-note, it's ironic how many people who ABHOR the prequels and sequels love the Mandalorian, which is UTTERLY STEEPED IN THE MYTHOLOGY ESTABLISHED BY THE PREQUELS AND SEQUELS.

At this point, everything else that comes out for Star Wars is just gravy. More sauce for the goose, as Mr. Spock said (to mix metaphors and properties). I'll devour all of it, but those films, those beautiful 9 films...The Last Jedi is probably the least of the 9, but I love every last one of them. 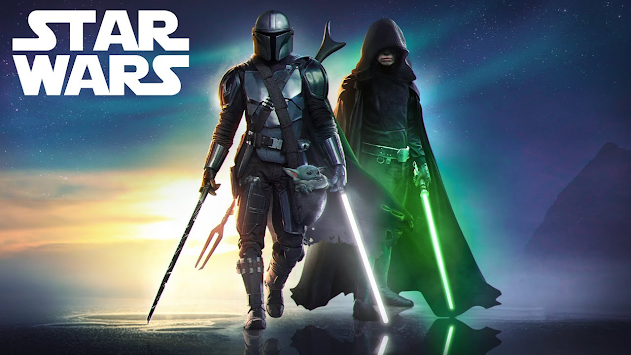 I don't care that some of the whiny fanbois in the fandom base still can't do anything but complain about them years later. I don't care that there's people still living in a fantasy world where LFL will "retcon" the sequels out of existence. In fact, I'm sorry for people that have grown so jaded and nitpicky they can't rediscover the childlike wonder that they felt when ANH first rolled in the theater every time they see a crawl and hear that fanfare.

Every trilogy in the Saga was aimed at a brand new generation, and, I think, that's why a lot of older fans don't like them, though it's very interesting that those who grew up on the prequels tended to be far more accepting of the sequels, and those who hated the prequels tend largely to suddenly not hate them as much after the sequels came out. But in the end, a lot of the reason fans of the original trilogy hate the two subsequent trilogies, I think, is very much the same as the way a lot of grognards in the OSR hate new versions of D&D and the people who play it: it's not THEIR D&D.

The prequels and sequels aren't THEIR Star Wars. And just like D&D...they're not supposed to be. More people need to shut off their nitpicky, it's-cool-to-hate-and-rage switch, and rediscover their ability to find childlike joy in revisiting that universe, however that visitation might present itself.

I love Star Wars. And the core, the heart and soul of Star Wars, are those nine films.