Showing posts from January, 2018
Show all

Conversion Is (Not Really) So Much Work!!!

January 30, 2018
It's one of the most common complaints I hear from people--they wish there was more support for whatever their favorite game line is, and they can't possibly convert from other games because it's just too much work; they might as well just write their own scenarios. While there's something to be said for writing your own scenarios, certainly it's true that not everyone has the time to do it. Still, there's a secret to running games that you need to embrace: converting an adventure from another game is not work, and it can be done on the fly from any game system to any other.  Whether you're looking for new fantasy adentures for your favorite fantasy game or you're converting from a different genre altogether (pulp games, for example, are notorious for a dearth of adventures, but you can convert just about any fantasy adventure into a pulp one with a few quick changes). Here's the thing: the vast majority of every adventure module is text withou
Post a Comment
Read more

Return of the King: Lord of the Rings and Campaign Building, Part Three

View Part One View Part Two Introduction So here we are in part three of our epic fantasy campaign based on Lord of the Rings. When we last left our heroes, the Fellowship had fractured, with our hobbits Sam and Frodo in desperate peril, Sam following the captured and incapacitated Frodo into Cirith Ungol, and the rest of the crew, including new character Faramir, split between marshalling the forces of Rohan and riding to warn Minas Tirith of a coming attack.  Our intrepid GM now faces a further challenge; not only have his gaming groups split in twain, his Saturday group is now facing a potentially long-term party split. He briefly considers branching off into a third gaming group but decides even for him, that's untenable, and besides, the Saturday group are all still pursuing the same goal. He'll deal with the split party by switching back and forth at dramatic moments. He's also got a grand plan, if he can pull it off, for the end battle.  And so we begi
Post a Comment
Read more

The Two Towers: Lord of the Rings and Campaign Building, Part Two 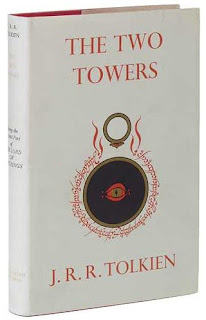 Note:  Before reading this post, you should check out part one . Introduction Welcome to part two of our look at how Lord of the Rings offers us a master class in creating and running an epic campaign in the old-school style for your home game. In part one we looked at how the campaign starts simple and grows through side adventures and the addition of new players, and how it deals with divergent character levels by allowing for foes of different abilities and giving all players a chance to shine despite their relative level of power. It also deals with what happens when people's schedules change and the game needs to divide.  It also touched upon the commitment that a GM puts into their campaign, how there's a ton of planning and time put into it, and admittedly it faces issues that some people have difficulty facing: those of simple time. You may not have the time to deal with the issues that come up in your life as they appear in this series, and if that's the c
Post a Comment
Read more

Fellowship of the Ring: Lord of the Rings and Campaign Building, Part One 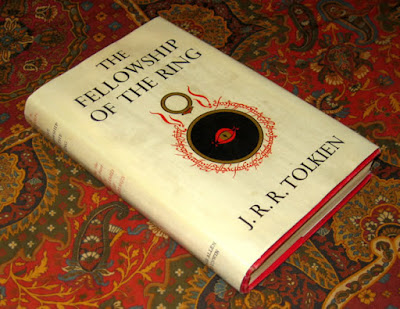 Lord of the Rings: A Master Class in Campaign Building Every GM dreams of that magnum opus campaign, the one that's so epic it's unlike anything they've done before, which people will talk about for years, and which they'll never top again. That campaign that's epic in scope, that's rich in the world you've built, with fully-realized characters and deep, instense storylines that your players will never forget. In short, every GM dreams of running their own Lord of the Rings. And yet, a lot of people have discussed over the years how Lord of the Rings doesn't work as a proper fantasy role playing campaign. It's too divided in its stories. The goal is too big. It doesn't allow proper dressing of in-game party dynamics. The characters are too level-diverse. Gandalf is only 5th level (a claim dating back to the old Dragon Magazine, and entirely ludicrous and unsustainable if you have a tiny bit of brain cells). Here's the truth: Lord of t
2 comments
Read more
More posts