Showing posts from January, 2019
Show all

Please note that the following is entirely fan speculation on my part. You can disagree or agree as you like. It's just a neat idea I came up with given the new canon established for lightsaber colors in the Star Wars Universe. Now, note also that I'm sticking with the canon as established, but still tying the Star Wars: Legacy comics by Dark Horse into the mythology, as they take place over 100 years after the current films, and 135 years after Return of the Jedi. In the end, what I'm saying is, I don't care about orange and rainbow lightsabers from the old Expanded Universe, and how whether you were a Jedi Guardian meant green. I'm exploring the idea of the white lightsabers that first debuted with the Imperial Knights in Star Wars: Legacy  and how they might have come to be, based on how Ahsoka got hers in the canon novel Ahsoka.  Also note that all images here are linked directly from Wookieepedia. I don't own them. Now that I've got all that ramb
Post a Comment
Read more 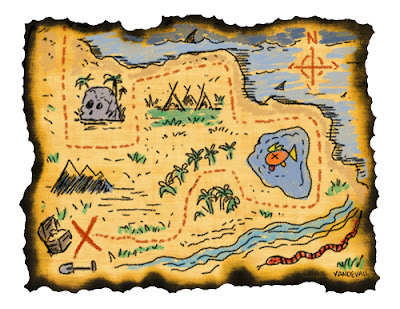 TREASURE TABLES The treasure section is very long, and would be quite unwieldy to try and cover in a single blog. As such, I think I'm going to split it up into several sections. Some will undoubtedly be much shorter than others, but for organization's sake, I think it's the best approach. We'll start with the treasure tables. "Wait!" you're saying, "What is there to be gleaned from a bunch of tables?" It's a valid question, and I myself was surprised at some of the things that occurred to me while I was reading over them. We'll break it down bit by bit. Maps This is the first thing--and it's how the treasure tables start. We tend to forget that in AD&D, treasure wasn't always found after defeating monsters. The core idea was that in some cases, you'd instead find a map to the monster's treasure. These maps were a core assumption of the game, as they offered greater opportunities for adventure down the road.
2 comments
Read more

Conventions and Consent: The Male Side of the Spectrum 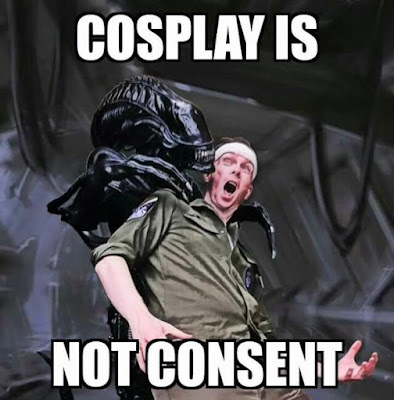 The "Cosplay is not Consent" movement has gained a ton of traction over the years, and that's fantastic. It's great that there's more awareness of it, and it's great that people (especially convention organizers) are making more of an effort. There's still, however, a long way to go. For all of us. I wanted to chime in with some of my own stories. And I'd like to extend this saying to "Conventions are Not Consent," given some of the recent issues that have come out about incidents at gaming cons that have nothing to do with costuming. Most of the stories we hear about violations and bad behavior surround female cosplayers. As a male cosplayer, I've also had these encounters. It's just that as men, we don't often talk about it. We are trained to keep quiet and not reveal what's happened to us. Either it's not manly, or it's seen as taking away from what women have to struggle with every day. I'm here to tell you
4 comments
Read more

Okay, so this series is just growing and growing. I believe this should be the last entry. I just really like psionics and I thought this would be an interesting topic. So now we've looked at how psionics work in OD&D and AD&D , and examined how they compare and contrast with one another . Certainly it seems to me that while OD&D's system is a bit simpler and more straightforward, AD&D's system is clearer, cleaner, and more balanced, less likely to overpower a character who has the abilities. What occurred to me, then, is how psionics could be used in other games. Since the system itself is a sort of self-contained "bolt on" subsystem, it can pretty seamlessly be dropped in a range of other games. I'll look at a few below, but honestly, most of them, the process will be, "just drop 'em in!"   B/X and BECMI D&D Note that this section also applies to retroclones like Labyrinth Lord , Basic Fantasy , OSRIC , and oth
6 comments
Read more

Before reading through this post, it's a good idea to look back over my posts on How Psionics Work in OD&D , and How Psionics Work in AD&D . These will give a solid overview of the systems in place, and establish how straightforward and easy to use psionics actually are in these games, despite their long-running reputation for being overcomplicated or arcane. The Core Concepts The use of psionics in D&D is a fairly simple affair: first, you roll to see if you have the capability. Then, you roll to see how strong that capability is. Finally, you determine which psionic attack and defense modes you know, and which powers you learn. Abilities (attack and defense modes and powers) are used by spending psionic strength points. Psionic combat is resolved by comparing attack mode and psionic strength of the attacker vs. defense mode on a matrix, or based on a saving throw if the victim is a non-psionic. These basic concepts are the same across both versions of the ru
Post a Comment
Read more

Now that we've looked at how Psionics work in original Dungeons & Dragons, let's examine how they work in Advanced D&D. Readers may be shocked to discover that psionics in AD&D are, in many ways, much easier and more straightforward than they are in OD&D. The two systems are very similar, but there are some important and notable differences. The next blog entry in this series will compare and contrast the two systems, but for now I want to focus on how they work to keep a clean exploration and explanation of these two rules sets, both of which offer a lot of fun and something different and mysterious for D&D games that have become a bit rote in their approach. Psionics can present an interesting approach to mysticism in an AD&D game, particularly one that seeks to represent certain styles of 1970s and 80s fantasy, particularly those of writers like Mercedes Lackey, Ursula K. LeGuin, Andre Norton, and Marion Zimmer Bradley, which in modern terms system
3 comments
Read more

I'd like to take a couple blog entries to explore the concept of psionics in the early editions of D&D--specifically, original D&D and AD&D first edition. Psionics, traditionally, have been a much-reviled part of the D&D opus, and those who do not include them in their game are certainly far more common than those who do include them. It's no secret that even Gary Gygax lamented and regretted their inclusion, and didn't use them himself. As with any aspect of the game, ask 100 players why they don't like psionics, and you'll get at least 50 different answers (if not more). The vast majority, however, will come down to one of two major points: They are science-fiction feeling and simply don't have a place in a fantasy game They are overcomplicated, confusing, and simply arcane and unworkable.  I can't really address point one. If you simply don't like the idea of psionics, if you feel like they're not fantasy-feeling, and y
11 comments
Read more
More posts