Showing posts from June, 2011
Show all

June 30, 2011
SPELLCASTING DURING MELEE Believe it or not, here (along with "breaking off from melee," about 5 pages down the line) we see the roots of attacks of opportunity, all the way back in first edition. In later editions, with their 6-second melee rounds (equivalent to a segment in AD&D), it was sometimes hard to reconcile spell disruption if you really took the time to think about it. After all, if a spell took one action to cast (and you could even move after), how can someone hit you and disrupt it? In AD&D, most spells higher than third level had a casting time of at least one round, which meant they took a full minute of ritual to get off (Spells of third level and below, incidentally, mostly had casting times equal to their level in segments, which, as a side note, is why I use a d10 for initiative; lets me know exactly what segment a character acts on). A great deal goes on in that minute's worth of time--and there's plenty of time for someone to wh
1 comment
Read more

June 28, 2011
ENCOUNTER REACTIONS Here we have the classic reaction system, which really (at least, up through 3.5) never changed much, save that it moved from % dice to a straight d20 roll in 3.x. And we have morale checks. Oh, how I miss morale checks. So much fun to be had in morale checks. Next, we have guidelines for avoiding encounters, mostly reminders that the DM should know his NPC's well enough to be able to determine whether or not they pursue a fleeing party who has been detected. The single paragraph regarding attempts to Parley is amusing, and once again indicative of a certain come-and-go antagonism between DMs and players in the old days, particularly the following: "It is common for player characters to attack first, parley afterwards. It is recommended that you devise encounters which penalize such action so as to encourage parleying attempts--which will usually be fruitless, of course!" (DMG, 63). MISSILE DISCHARGE There is information here regarding dama
1 comment
Read more

June 27, 2011
COMBAT Encounters, Combat, and Initiative This fairly well-done section gives us all the basics of AD&D Combat in less than two columns of text. It begins with a clarification that combat is broken down into one minute melee rounds (a serious change from later editions, wherein a melee round is equivalent to what would be a segment in AD&D). This also results in a far greater abstraction of events than appears in later editions of the game, and in other games that have followed. It's not that AD&D combat was not cinematic; it's that all those cinematic elements were on the impetus of the DM to describe. The old adage, "it's all in how good your GM is" was never truer than in the handling of combat in AD&D first edition. Your attack roll does not represent the fact that you only swing your sword once per minute. Rather, it represents an assumption that the monsters you're fighting are in fact trained (or at least, desperate) warriors the
2 comments
Read more 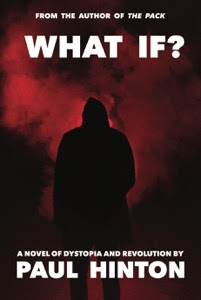 Sorry for the lack of blog posts, folks.  I will be getting back to "Reading AD&D" soon.  Been dealing with the e-book issues with the Nook and Kindle, and have been ill--you don't need details of the last. In any case, I wanted to make everyone aware that the format problems have been fixed! As a reminder, here are the links: http://www.barnesandnoble.com/w/broken-gods-jason-vey/1031468442?ean=2940013559929&itm=3&usri=broken%2bgods (Nook) http://www.amazon.com/Broken-Gods-ebook/dp/B0055IGYL6/ref=sr_1_1?ie=UTF8&qid=1307990206&sr=8-1 (Kindle) And as always, you can get it as a traditional paperback direct from the publisher: http://www.reliquarypress.com/
2 comments
Read more

June 13, 2011
The e-book versions have been pulled.  There were formatting issues with them.  I'm told that in the preview apps for both B&N and Amazon, they looked fine, but apparently the preview apps lied... I'll keep you posted.  Print copies of Broken Gods should be fine, if you pre-ordered one of those.
Post a Comment
Read more

June 08, 2011
INFRAVISION AND ULTRAVISION This section has no introductory text; it just jumps right in. As a general comment, I've got to say, I miss infravision. Low light vision, while probably more realistic, just somehow doesn't have the flavor that infravision does. Infravision: Mostly a reiteration of what the PHB says, Infravision is the ability to see heat patterns. Most of us who grew up in the 80's would come to call it "Predator vision" as, well, let's be honest, that's what it looks like. This section deals with all the things that spoil infravision, such as cold-blooded animals deep in a cave (their bodies are close to the same temperature as the rocks around them), fire, any light that gives off heat. It also allows for tracking of creatures by residual heat patterns, as in footprints, so long as they have passed less than two rounds (minutes) earlier. One of the neatest tidbits is that critters with "unusual" infravision, ie. they see far
1 comment
Read more

June 07, 2011
TRAVEL IN THE KNOWN PLANES OF EXISTENCE The real point of this section is to illustrate that the possibilities for play in AD&D are endless. We begin with a paragraph or two discussing exactly the fact that travel amongst the planes might leave fantasy and travel into the realms of science fiction, horror, "or just about anything else desired." In fact, TSR would later explore these elements with varying success in Spelljammer and Ravenloft. One could even argue that science fiction elements have been present in AD&D from the beginning with the crashed space ship and nukes in Blackmoor. But I digress. Here Gygax discusses the multiverse that defines the AD&D cosmology. He goes on to illustrate that the planes are the ultimate "ticket to creativity" for a DM, who is free to change anything from combat to the way spells work to the very laws of physics in another plane of existence. Essentially, the idea is that when your campaign becomes "ho hum,
Post a Comment
Read more

June 06, 2011
WATERBORNE ADVENTURES As with many sections of the DMG, this one begins with a cross-reference to Appendix C: Random monster encounters, waterborne encounters for determining monster encounters. Following this, we have a breakdown of the different general classes of naval vessels player characters may encounter. As with many games, these are abbreviated of necessity, but Gygax does a pretty impressive job of dividing different ships into classes. The classes he lays out are as follows: Rowboat: 1-10 man small vessel, a lifeboat or canoe. Barge/Raft: Long, flat craft capable of carrying 1-100 people. Galley: Long, slender vessels with one or two masts and banks of oars. The type common in AD&D, he says, is similar to the Drakkar viking longship. Merchant Ships: Cogs, carracks and caravels fall into this category. Generally single-masted. Warships: Large, fast ships designed for battle, possessing 2 or more masts and multiple ballistae (remember, no gunpowder in
Post a Comment
Read more
More posts