Showing posts from August, 2014
Show all

The Kickstarter for Amazing Adventures Second Print is Live!!! 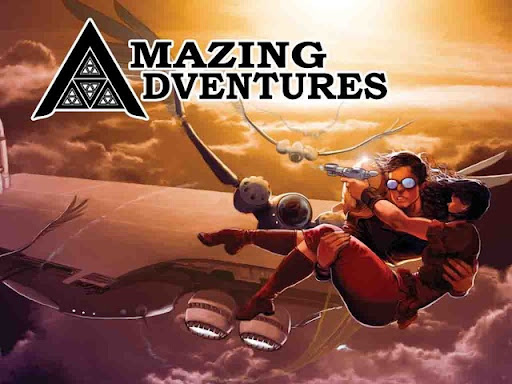 The Kickstarter for Amazing Adventures Second Print is Live!!!

I haven't been around for some time, folks. For that I apologize. I hope to rectify that in the future--life has been too crazy of late.

However, I'm back and pleased to announce that Troll Lord Games has launched the kickstarter for Amazing Adventures Second Print!

What is Amazing Adventures?
It is Pulp Siege! The newest core game powered by Troll Lord Games' celebrated SIEGE engine (this is what runs Castles & Crusades). It allows you to create any type of pulp adventure hero you want, and customize them as you like! Be it arcane scholars, mentalists, tomb-raiding archaeologists, Asian martial arts masters, or gangsters and G-Men, this game has you covered. And best of all, if you're a fan of Castles & Crusades, you can pick this game up and get playing in a matter of minutes! Inside this book you'll find: