Showing posts from July, 2018
Show all

Just taking a moment to let everyone know I have a new Kickstarter in process for Troll Lord Games! The Fifth Edition Player's Guide to Aihrde is now live! The Fifth Edition Players Guide to Aihrde is far more than an introductory book to Aihrde; it is a game book designed for players! This full color, hardcover book is presently set at 128 pages (but is likely to be longer). It is absolutely jam-packed with information to take your Fifth Edition Fantasy game to the next level, regardless of whether you adopt the campaign setting of Aihrde. We’re confident, however, that the world will win you over just as it has so many others… CHARACTER RACES TIED TO THE WEAVE OF THE WORLD In the Players Guide we bring a complete write-up of the history and background of each of the races within the context of the world. No longer is your dwarf, elf, halfling, gnome or other character a generic fantasy stereotype; they are given a broad treatment that ties them directly to the weav
Post a Comment
Read more

Game Design and Re-Inventing the Wheel

Continuing off of my most recent blog on re-skinning AD&D, I'd like to look at the core philosophy behind the stance I took in that blog. I've been designing games professionally for about 19 years, starting with Palladium around 99 and having done projects since then for Misfit Studios, Eden Studios, a brief stint for ICE (which to my knowledge was never released), a few other small publishing companies, and most recently, Troll Lord Games and Goodman Games. Over that time I've explored a range of different ideas in game design and something keeps coming back to me: I firmly believe in the KISS Principle: Keep It Simple, Stupid! I think as gamers we've all been conditioned, especially in the last 20 years or so, to look for the next new, "innovative" system. We've been told you have to design a specific system for every genre. We've been told you can't handle every situation with a given system. I could rant for pages about the concept of
Post a Comment
Read more

Sci-Fi with AD&D, or, Re-Skinning Your Genre 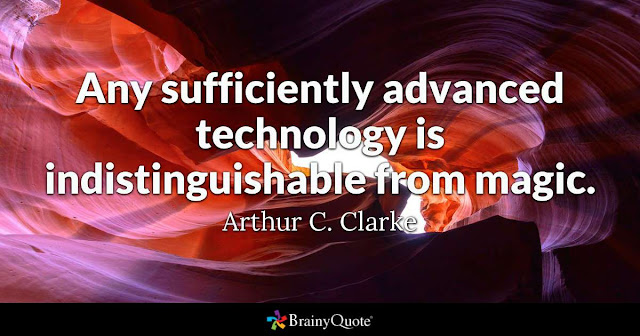 Introduction We've all been conditioned (since day one, actually) to accept the idea that if you want to play a different genre of game, a different rules set is necessary, or at very least major changes to your existing rules set. From the earliest days, if you wanted to play a science fiction game, it was Gamma World or Metamorphosis Alpha. If you wanted Wild West, it was Boot Hill. Even the first edition Dungeon Master's Guide suggested converting your game if you wanted to do this (and gave solid guidelines for doing so), though it did provide baseline suggestions for importing, say, firearms into AD&D. In the second edition era, we got Spelljammer, but those hoping for a science fiction game using the AD&D rules were disappointed: this was AD&D in space (sort of), and not true sci-fi. Instead of starfighters and nebulae, we got floating galleons in a strange sort of aether-filled realm. When it came time for sci-fi, we got Alternity, which was again its o
12 comments
Read more
More posts