Note: Sorry for the way-too-long delay on this. It quite simply got lost in the shuffle!

Herein lies the final section of my thought experiment of reading D&D as though I did not have the 40 years of experience with gaming I do, or that as a reader, I didn't have the benefit of an entire generation of gaming scholarship or the Internet to look to for guidance. This is a look into what a brand new player of D&D may have thought upon attempting to run their first game way back in 1975. To that end, some of the observations and assumptions I'm making herein have been roundly disproven in the decades of scholarship and play that have followed.

So why do this? Well, I've covered that in the first two sections, but in brief, it's to take a fresh look at the game and its rules. It's to see things through an innocent set of eyes, and maybe challenge some of the assumptions we have, or at very least come up with some ideas about different ways to try and interpret the rules (right or wrong). The observations I made about wizards and elves in part 1 is a prime example--they may not be correct on their face, but they certainly represent a fun, and workable, interpretation of the rules!

To that end, I hope you enjoy this little thought experiment and take it in the spirit in which it's intended. To view the first two, check the links below: 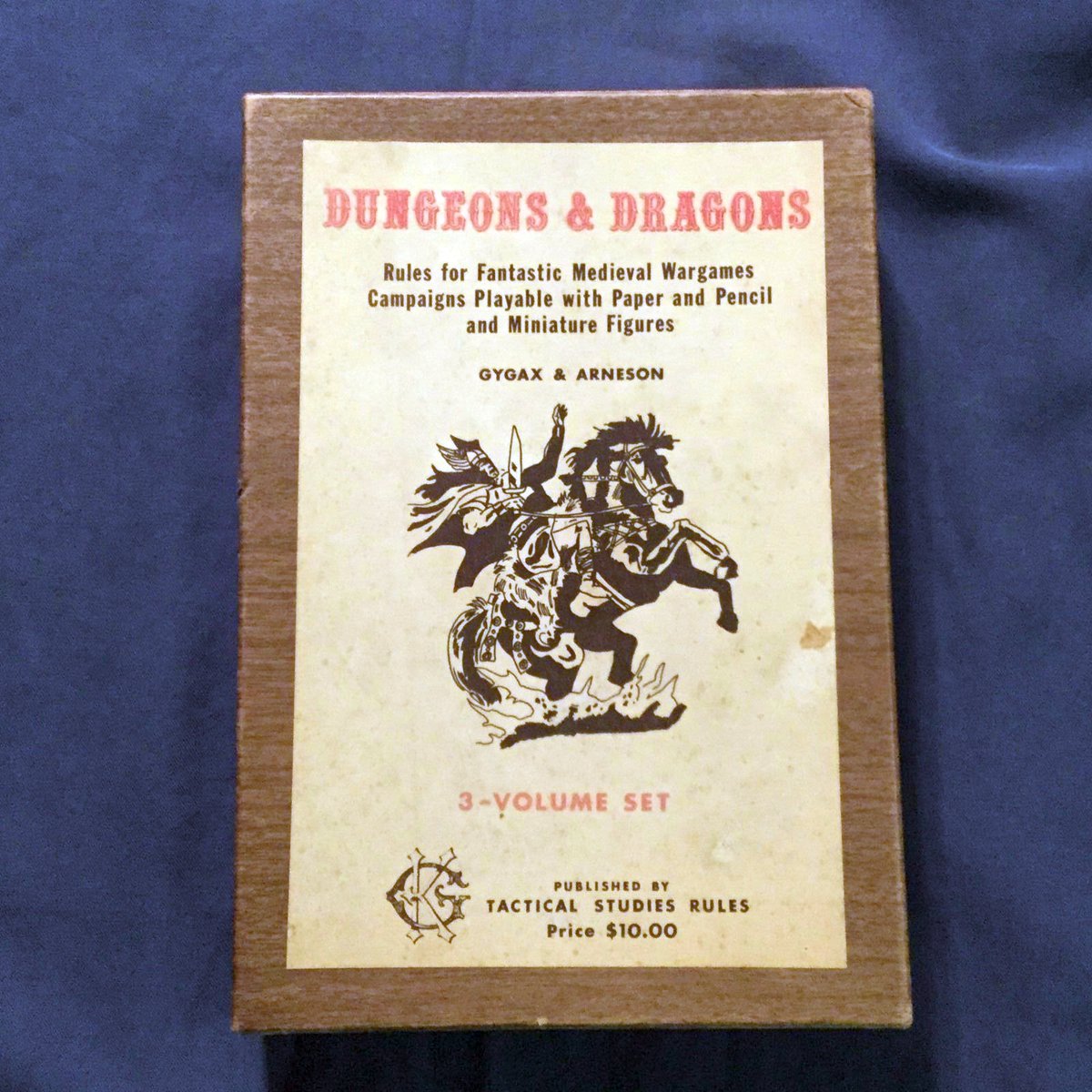 The first few pages, here, are very clear and offer some outstanding advice and inspiration. I'm not quite as nervous about diving in, now, though the actual dungeon levels might still be a bit of a challenge. Practice makes perfect, I guess.

Aha! Here are those references to CHAINMAIL. Maybe I will have to review it, after all.

Something that occurs to me in reading the example of play, though. If everything comes down to the PLAYERS, how they describe what they're doing, where they're searching, the actions they're taking, what's the point of the Ability Scores? Some of them appear to have little actual purpose in the game, and yet, in Book One they're a core aspect of creating the character.

The rules don't seem to deal with the fact that Tim's Magic User with that 17 Intelligence score is likely more intelligent in game than he is in real life (after all, he's smart, but not Albert Einstein), and should be able to puzzle things out that he can't. I need to think on how to deal with that issue. Maybe I could come up with some sort of system where people roll dice against their ability scores when their characters might know, see, notice, or otherwise be able to do things they can't? 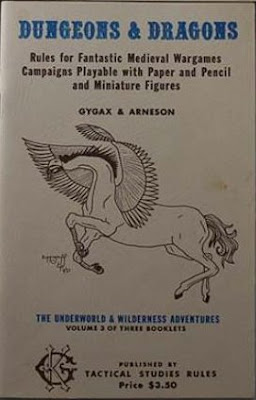 Aha! Here are the references to OUTDOOR SURVIVAL. It seems limited to the need for a basic wilderness map--that is to say, everyone is assumed to start with the same general locale using the gameboard for Outdoor Survival. That's interesting. So my game world will look just like everyone else's, but what I generate for castles and such will be different. Sort of like a parallel universe from Todd's campaign across town.

Hm. There are rules here for getting lost using the templates in that game. I might have to look into picking up a copy. Though it does say to use a d6, and since the terrain is in hexes, I could simply throw a d6, determining one direction per number. Theoretically, since I have the guildeines here regarding what means what (ponds are castles, catch basins are towns, etc.) I could pretty easily just take a sheet or three of hex paper and design my own world. That might be my best bet.

What's weird is that the next page talks about a REFEREE'S MAP that's a map of the surrounding areas that the players don't have. It seems that if more than one person had access to OUTDOOR SURVIVAL, it'd be pretty easy for them to know exactly what the wildernees area looked like. Probably best that I not use that game after all.

Overall, there's a lot of good stuff in here. It's interesting that all monsters can see in the dark, but no player characters can. What about dwarves? Don't they live underground? It seems to me that they should have some ability to see in the dark. This is also very adversarial. It seems like my job as the DM is to try and kill the players, and their job is to try and outsmart me. I guess that makes sense, but somewhere along the line I have to be limited. I guess that's why I need to be consistent in my rulings.

In the end, though, it seems like a lot of the rules in here are sparse at best. This "Angry Mob Rule," for example. I can have an angry mob to show up to get unruly players back in line. But how exactly does that work? Do I ust tell the players they have to contend with 150 torch- and pitchfork-wielding peasants and then waste an entire session playing out that combat? It seems like an odd, random statement.

To Mini or Not to Mini?

The rules for aerial and ship-to-ship combat seem pretty cool, but they also seem very strictly tied to the use of miniatures, and didn't the first volume tell me that the only thing I'd ever need miniatures for was a visual reference, that they're not required for play? There's also a lot of references to Chainmail in here, which also seem to rely on physical miniatures for combat situations. I guess I could either tell my players to start bringing minis after all--they're wargamers to begin with so it shouldn't be that big a deal--or I could just make some notes about handling these things without miniatures.

All of this seems like I'm going to be spending a lot of time writing notes and analyzing these rules, which in the end I could've just written a game by myself. It's possible I'm just overthinking things, though. Maybe I should just give this a go and see where the chips fall. It's more than possible that all I'll need is some good description and those combat tables from book 1.