Welcome to The Wasted Lands

Not so much, I know. It's a bit cheesy and cliche, but it'll work in the absence of a more evocative title.

So, what is The Wasted Lands?

The Wasted Lands is a pet project of mine: a campaign setting/"sandbox" for the Original Dungeons & Dragons rpg published between 1974-1979. And when I say Original D&D, I don't mean this: 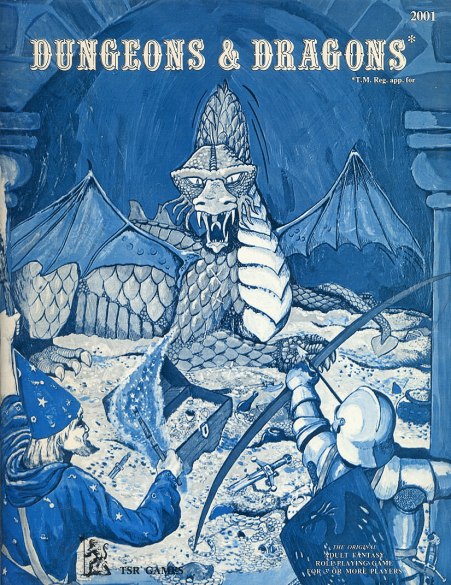 And I don't mean this: 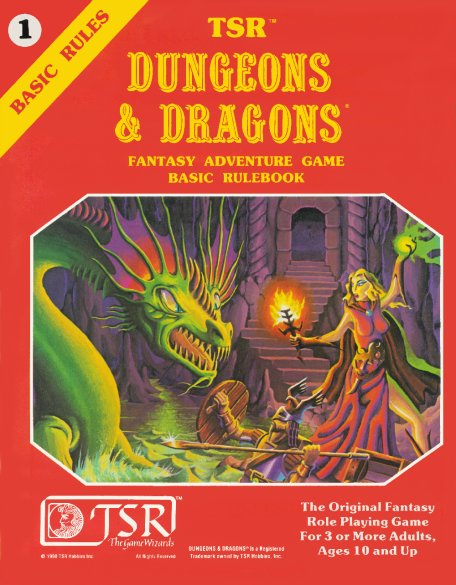 And I sure as heck don't mean THESE... 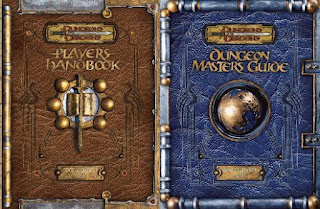 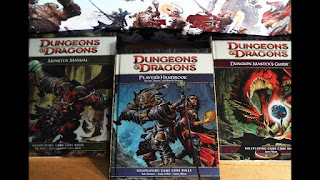 No, when I say original, I mean just that: ORIGINAL 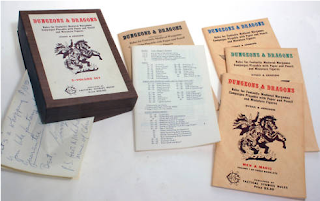 Okay, now that we have that out of the way, let's move on, shall we? *grin*

Since I became involved with the Old School Movement, my fascination with, and love for, OD&D has grown exponentially. I study it as a scholar studies his chosen field, and I adore the base simplicity of it. I've come to hold the opinion that the current trend in RPGs--to have a rule or system covering every situation and circumstance--is just wrong. "The more fixin's, they put on the plumbin'," as Scotty said in Star Trek III, "the easier it is to stop up the drain."

That is, the more rules you put in a game, the more holes there are in those rules. OD&D is elegant in its simplicity. It's straightforward and gives a solid foundation upon which any game you like can be built. There's no extensive lists of feats, powers, or situations that result in tactical disadvantages. There's very little that can be munchkined.

I want to run this game. If I didn't think my players would riot, I'd convert my existing AD&D first ed. game tonight. As it stands I'm likely going to sneak in some OD&D systems instead of consulting the DMG all the time.

Now that we've looked at how Psionics work in original Dungeons & Dragons, let's examine how they work in Advanced D&D. Readers may be shocked to discover that psionics in AD&D are, in many ways, much easier and more straightforward than they are in OD&D. The two systems are very similar, but there are some important and notable differences. The next blog entry in this series will compare and contrast the two systems, but for now I want to focus on how they work to keep a clean exploration and explanation of these two rules sets, both of which offer a lot of fun and something different and mysterious for D&D games that have become a bit rote in their approach. Psionics can present an interesting approach to mysticism in an AD&D game, particularly one that seeks to represent certain styles of 1970s and 80s fantasy, particularly those of writers like Mercedes Lackey, Ursula K. LeGuin, Andre Norton, and Marion Zimmer Bradley, which in modern terms system
Read more

The Darkness Spell in 5e is Pointless

Here's a fun observation. The spell darkness, in 5e, has absolutely zero mechanical effect in 5th edition D&D. Darkness creates a heavily obscured area .  Creatures within that area effectively suffer from the blinded condition. Blinded characters suffer disadvantage on attacks, and creatures attacking them have advantage. The spell negates darkvision . All characters within the sphere of magical darkness have disadvantage to attack, but advantage to attack other creatures in the darkness. This advantage and disadvantage cancel each other out . All creatures within the space of a darkness spell battle as normal. The spell is, from a mechanical sense, pointless and negated. Certainly this discounts a proper GM who looks past it and says, "no, that's stupid," but yeah, strictly BY THE BOOK it's a pretty gross oversight by the designers of the game from a mechanical standpoint. Also, I pointed this out to the Sage Advice people some time ago and they confirmed
Read more

low res image used for review purposes under Fair Use doctrine. At Gary Con, I licked up the Monster Cards from Gale Force 9. I usually try to avoid negative reviews of a product, but in this case I'm going to make an exception. This is, hands down, the WORST D&D 5 purchase I've made yet. I legit feel cheated. I bought both the 0-5 and 6-15 challenge sets. I was quite excited at the prospect of not needing to cart my Monster Manual with me when I run games; rather I can just grab the cards I need and have the stat blocks right in front of me. And with these cards, that's true...sometimes. Here's the problem. This is a company that has the license to produce D&D 5 materials. It's NOT unreasonable to expect that the entire Manual would be represented. Not only is the MM not represented, there are some core, basic monsters which are in the SRD, but are not represented in these cards. The vampire, for example. How do you put out a set of D&D monster
Read more

Let me preface this by saying if you hated the Prequels or Sequels I don't care and I don't want to hear from you about it. Kindly scroll on past. If your comments are anti-prequel or anti-sequel, I WILL delete your comments without responding. They won't even be approved to show up on the blog. Now, that being said... I will NEVER forget how excited I was when the fanfare kicked up on December 18, 2015, at around 7:30 PM as I sat in the theater with my good friend Erika after a 24-hour marathon of all 6 prior Star Wars films, and that title: "EPISODE VII: THE FORCE AWAKENS" scrolled up the screen.  I'm not exaggerating when I say that moment was one of the greatest, most exciting times in my life. Now, my wedding day notwithstanding (which naturally stands head and shoulders above all others) the only other time I felt anything matching that level of anticipation was when the lights went down for  The Rise of Skywalker. But we'll get to that in a moment.
Read more

I'm putting this recipe here because I keep losing it. Also, it's another easy diabetic-friendly recipe that people might enjoy having. Who doesn't love chocolate? It's delicious and in the right quantities it's very healthy for you. While they say dark chocolate is better, I'm a fan of milk chocolate. They do make sugar free chocolate, but it's usually loaded up with sugar alcohols, and we all know what those do to your intestinal tract. So I started researching recipes for how to make chocolate at home, wondering if it was feasible. It is. I'm a fan of Splenda (sucralose) as it's just sugar with an extra atom bonded to the molecule so you won't digest it. Also, every single study out there decrying its health risks...was created with an agenda. There's a war on artificial sweeteners, which extends to a war on diabetics, telling us we shouldn't be allowed to enjoy the things that other people do. There's nothing wrong with artifi
Read more